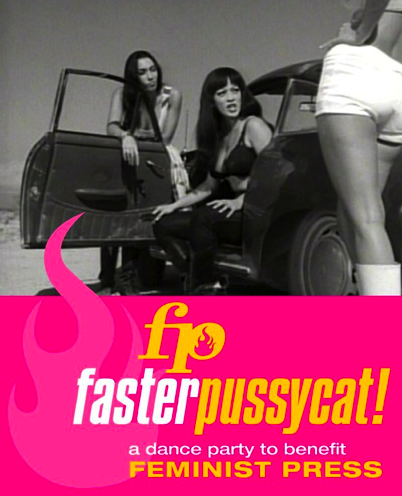 Show your love for “indie, feminist publishing” this Friday night by heading to 116 (116 MacDougal Street, New York, NY) at 9 pm for “Faster, Pussycat,” a dance party to benefit the Feminist Press!  There will be raffles, including prizes from Babeland and Dykes in the City.