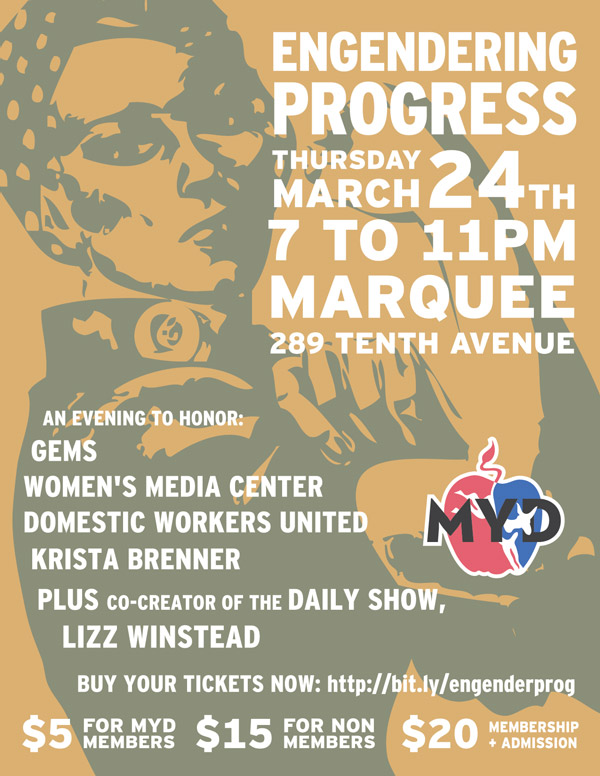 The Second Annual ‘Engendering Progress’ event honoring women thought-leaders, activists, and trailblazers will be held on Thursday, March 24th from 7-11pm at popular establishment Marquee at 289 Tenth Avenue in Manhattan.

This year’s honorees include: GEMS, Domestic Workers United, Women’s Media Center, Krista Brenner (pro-choice activist and one of the few women in New York State to hold the position of campaign manager in 2010) and Lizz Winstead, co-creator of the Daily Show. We are expecting a strong showing of several hundred progressive young people and a special guest elected official!

HERE is information on last year’s honorees as well as some pictures of the event which attracted over 100 young people and brought together many groups that had not had the chance to meet previously.